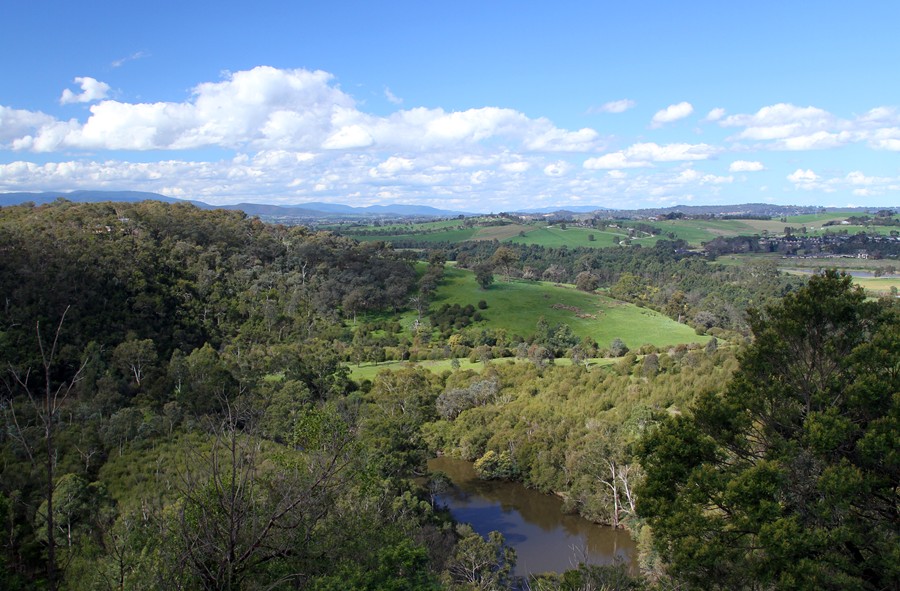 Living in the outer eastern suburbs of Melbourne, I have a number of national, state and public parks that are within easy reach when I wish to get out with my camera. I have the Dandenong Ranges National Park only a few hundred meters from where I live, Yarra Ranges National Park and Kinglake National Park, both half an hour or so away, and Cathedral Ranges State Park, which is about an hour’s drive.

But one of my favourite places is a small conservation area called Mt Lofty Park, one of a number of parks that make up Warrandyte State Park. Located on the banks of the Yarra River near the suburb of Wonga Park, Mt Lofty park offers several nice walking tracks that take you along the river or lead you a short distance up Mt Lofty, where you can get beautiful views of the river and surrounding areas.

The vegetation is a mix of medium to large Eucalyptus trees, a variety of Acacias, Leptospermum and other native shrubs, and a few stretches of open grassy areas. This variety of habitats encourages a wide variety of wildlife and the park is home to a healthy population of kangaroos (I counted at least two dozen last weekend), wombats and echidnas. 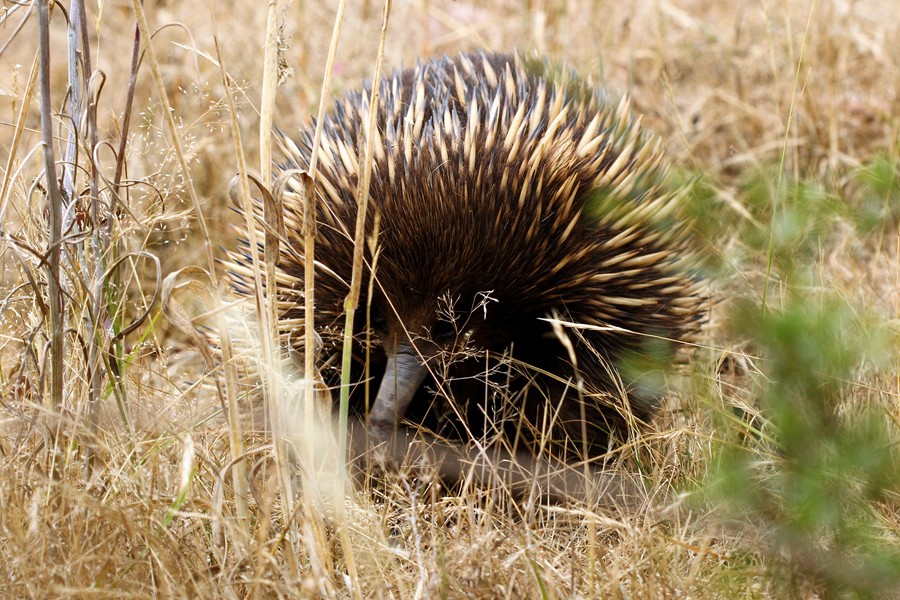 Many species of birds can also be seen, from pelicans to pardalotes, egrets to eagles and frogmouths to fairy-wrens. I have tried my hand at bird photography, but I don’t quite have the knack for it.

But for me, it’s the variety of invertebrate wildlife that is the main attraction. I have lost count of how many species I have found over the last 6 years, but it must be well into the hundreds. Spring through to mid-Summer is certainly the best time, when the Acacias, Bursaria and Leptospermum are in flower, but I have managed to find a few hardy critters during the Winter months as well.

The 2013-14 season has proven to be quite fruitful and the new MP-E 65mm macro lens has allowed me to get up close and personal with the bugs. Not only has it helped me record new species, but it has also helped me to improve on previously photographed ones. Below are two photos of Melobasis purpurascens, a stunning little species of Jewel Beetle (family Buprestidae). The photo on the left was taken in December 2012 with the Canon 100mm macro lens and the one on the right was taken in January 2014 with the MP-E 65mm. Both were taken with the Canon EOS 7D and both involved the use of a diffused flash. There is no doubt that the lens has made a noticeable difference.

But I digress. The park has offered up many nice surprises. I’m afraid there are too many species to mention, but if you find the time to browse through the www.lifeunseen.com galleries, you will see many photos labelled with Mt Lofty Park as the location. Here are a few of my favourites… 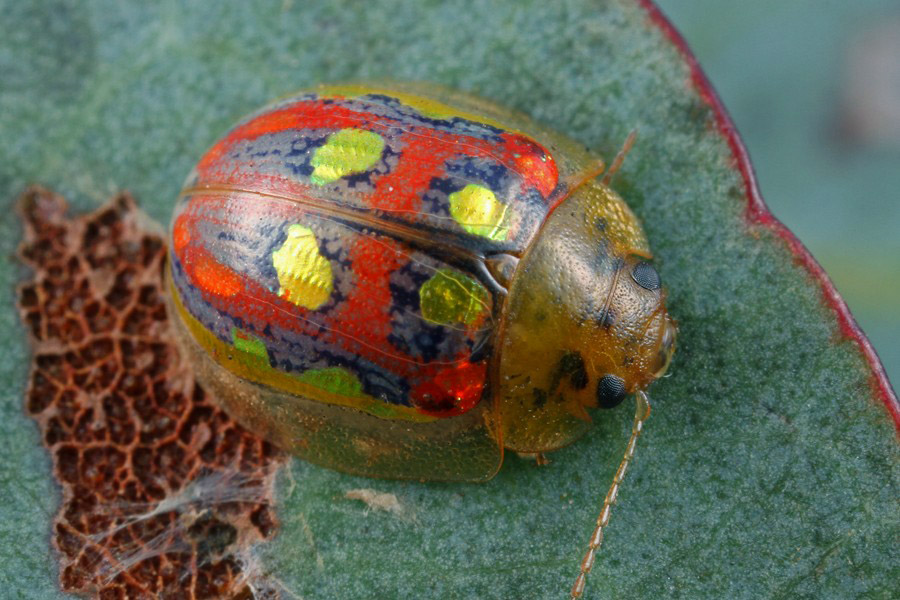 Just last week I finally managed to track down a beautiful little Leaf Beetle called Paropsisterna annularis, which everyone except me seemed to be finding. I’m not sure if I was more surprised by the fact that I found one so late in the season (March), or by the fact that I actually found what I was looking for. Usually, when I set out in search of a particular creature, it is nowhere to be seen. 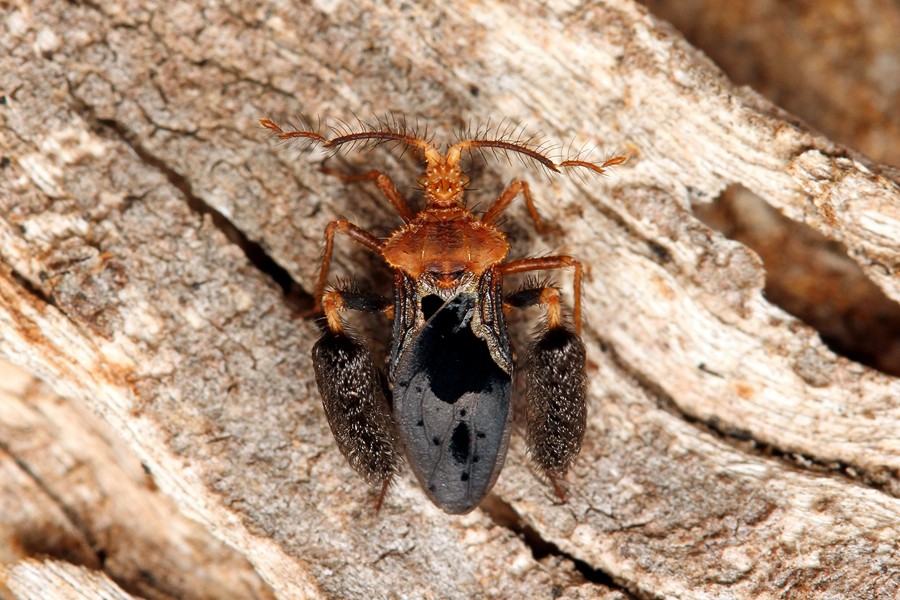 Feather-legged Assassin Bugs (Ptilocnemus femoralis), members of the family Reduviidae, are specialist ant predators. They wave their feathery hind legs in the air to get an ant’s attention, at the same time releasing a sweet-smelling scent from a gland under their abdomen. When the ant approaches, the bug raises itself up so the ant can come right up close to investigate the source of the irresistible aroma. With lightning speed, the bug pierces the back of the ant’s head with its sharp proboscis, immediately immobilising the ant so the bug can suck out its bodily fluids. 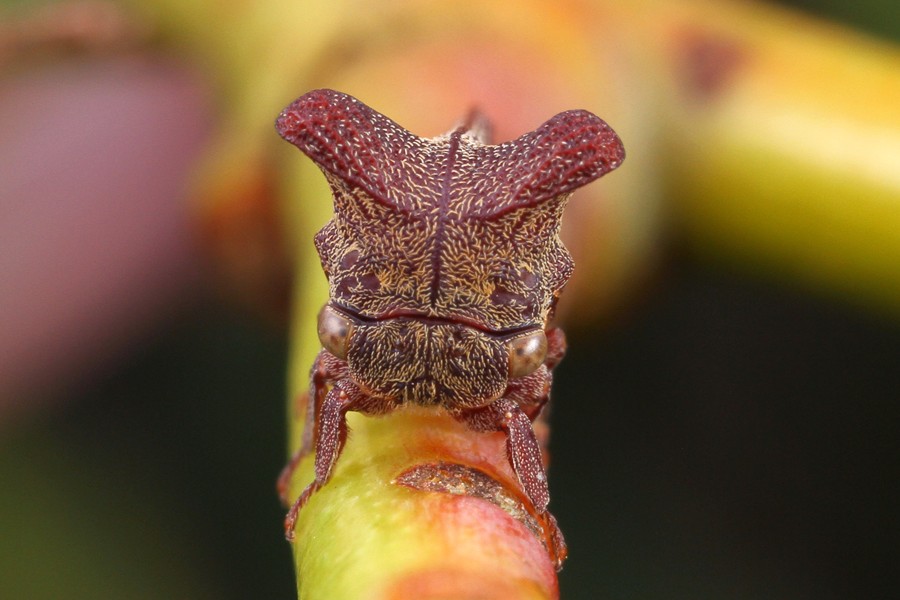 An odd little leafhopper, possibly a Cebes species. The horns are typical of the family Membracidae. Leafhoppers are related to bugs and cicadas. 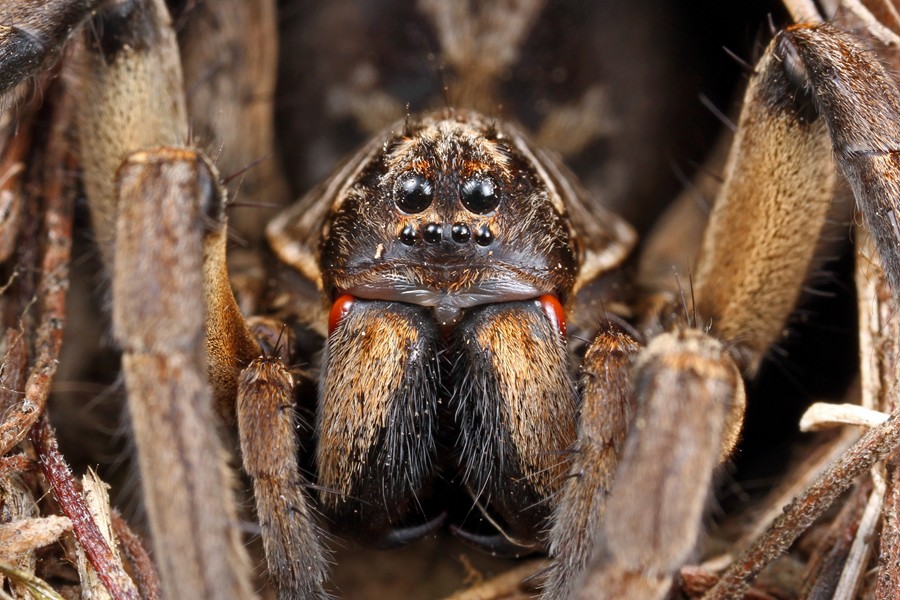 This heavily pregnant Wolf Spider (Lycosa Godeffroyi) is standing guard at the entrance to her burrow where she will lay her eggs. Wolf Spiders are quite maternal. She will wrap the eggs in a silk pouch, which she will watch over day and night and will carry with her if she has to move. Even after the eggs have hatched, the spiderlings will hitch a ride on her back for a few days before heading off to fend for themselves. 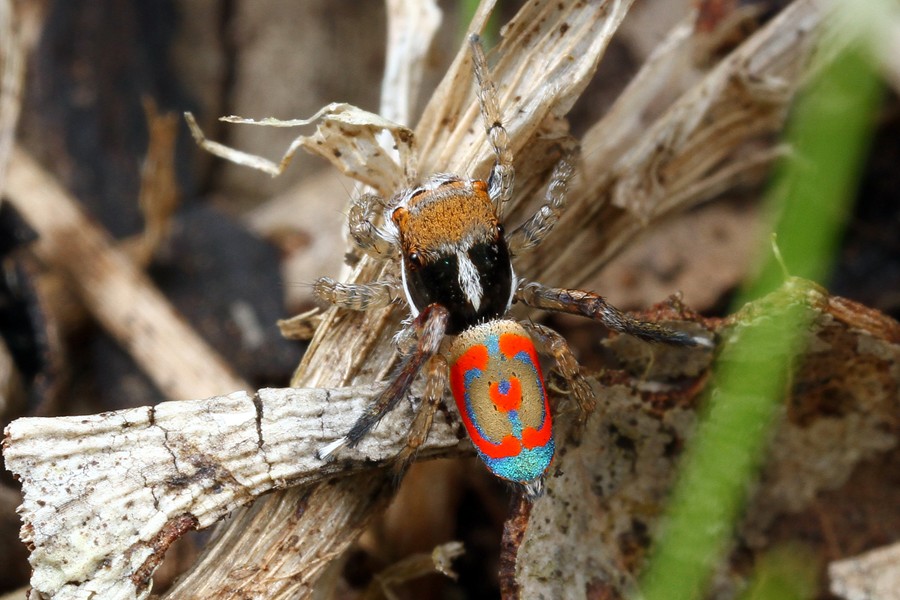 Bright colours aren’t what most people expect to see on a spider, but the Peacock Siders (family Salticidae, aka Jumping Spiders), like this male Maratus pavonis, are renowned for their dazzling hues. The coloured section is actually a flap that the male raises up and spreads like a peacock’s tail during its courtship display, hence the common name. I am still waiting to capture such a display. 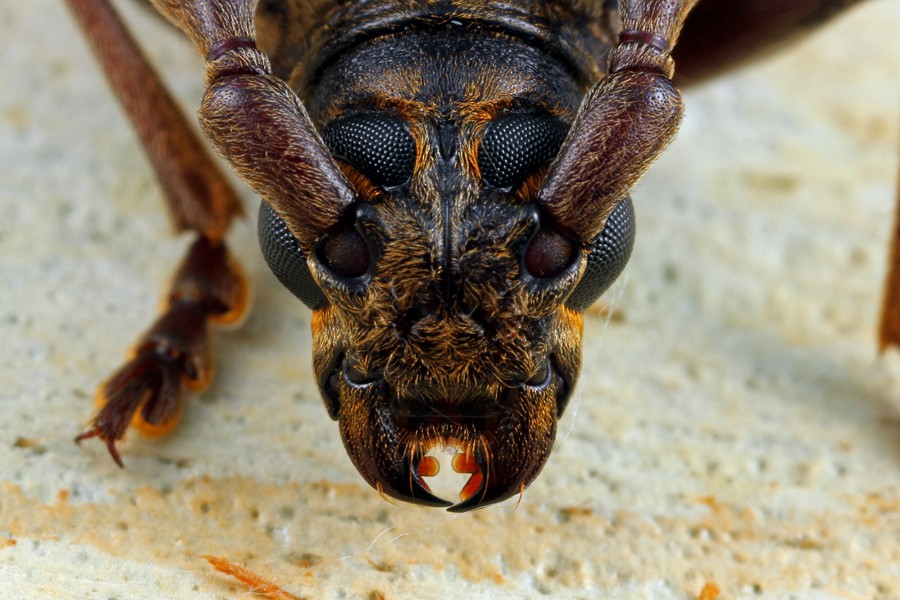 Face-to-face with a Pachydissus species Longhorn beetle from the family Cerambycidae. The large jaws are designed for chewing through wood. Their larvae also bore into wood and for this reason some species of Longhorn beetles can be pests in the timber industry. 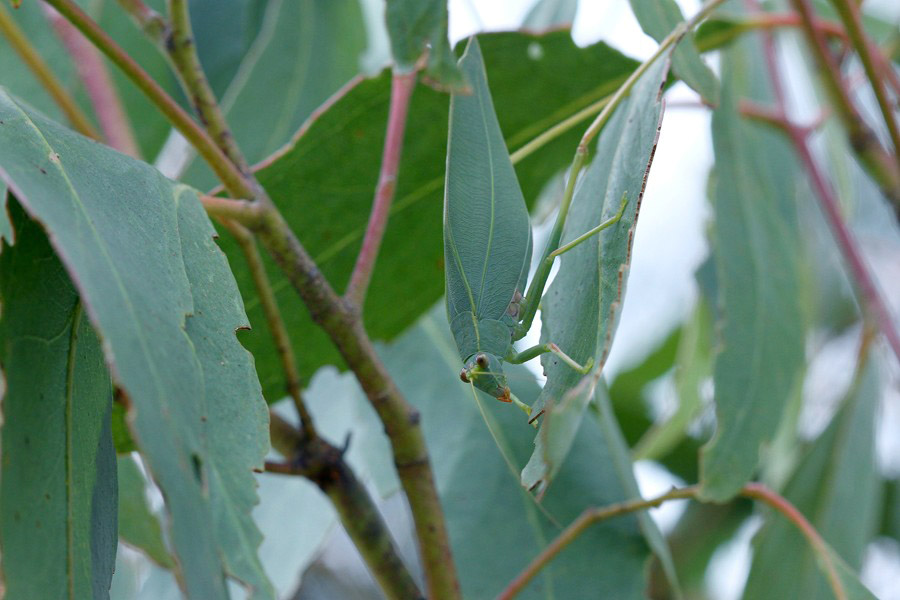 Blending in with your surroundings can be the key to survival for some insects. Many species of Katydids, relatives of Grasshoppers and Crickets, are masters of camouflage. Torbia viridissima looks very much like one of the leaves of the Eucalyptus it lives on.