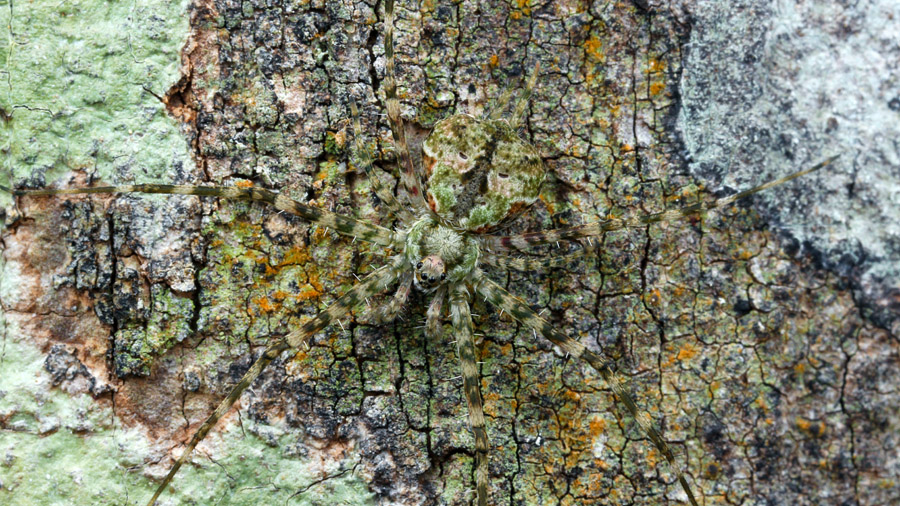 The invertebrate world is a dangerous place. It is a lawless world where life is cheap and where no creature can ever claim to be the true master. During the many years I have spent delving into the macro world, I have seen things that have made a mockery of my pre-conceived ideas about predators and prey. I have seen ants ambushed by spiders that are no bigger than the ant’s head, I have seen bugs tackle and subdue bees, and I have even seen a fly attack and devour a spider in the spider’s own web. No one is safe in this world.

This constant threat of attack has forced insects and spiders to evolve ways of escaping from or fighting off their attackers. Some are fast runners, some are agile fliers, some have shielded themselves with thick armour and some have developed chemical defenses in the form of foul-tasting and sometimes toxic chemicals. In turn, the predators have also had to become fast, agile, strong, or armed with their own chemical weapons to quickly subdue a victim. But there are some creatures from both sides of the arms race that have employed that most devious of tactics – deception.

Naturally, creatures that employ camouflage are often the hardest to find, which is exactly what they are trying to achieve. More often that not, I discover camouflaged insects and spiders purely by chance, either by seeing them move or just by being lucky enough to distinguish them from their surroundings. Some of the better known examples are Stick and Leaf Insects from the order Phasmatodea and the leaf-like Katydids, relatives of Grasshoppers, but there are examples of camouflage in virtually every insect order, as well as in many of the spider families, so predator and prey alike get to enjoy the advantages of being invisible.

Camouflage can take on many forms. Creatures that spend a lot of time in and around vegetation have evolved to look like grass, twigs, bark and leaves. Their colours and textures are usually a very close, if not perfect match for their surroundings and some go an extra step by having, for example, wings with ragged edges that look like a dead, tattered leaf, or mottled colours that could be mistaken for lichen. For some of the ground dwellers, such as the aptly named Stonehoppers, looking like a pebble is the way to go.

The Tamopsis species spider in the photo at the top of this article is a great example of camouflage. Members of the family Hersiliidae, commonly known as Two-tailed Spiders, spend most of their lives on the trunks of trees. They lie flat against the trunk, meaning they don’t cast much of a shadow, and their subdued brown and/or green colours make them very difficult to see unless they move. But even when they do have to make a run for it, they are very fast and will dart around to the other side of the tree and freeze, once again becoming one with the trunk.

I have been fortunate enough to have recorded many invertebrates that wear their “cloak of invisibility” and every time I am left in awe of these evolutionary wonders. I’m afraid I can’t show them all on this page, but below are just a few of the masters of camouflage. I hope you visit the image galleries to see some of the other fine examples.